Bootlegs are AN ILLEGAL CRIME, but I’ve always been drawn to them. Transformers bootlegs are often presented in strange colors. They’re often over (or under)-sized, and the plastic sometimes turns to ash the moment you remove them from their shoddy blister cards. But that’s their charm, right?

They’re a lot like one of those direct-to-video B sci-fi mockbusters (Transmorphers, Atlantic Rim, etc.)– you never know exactly what kind of treasures and/or horrors are contained within.

Some bootlegs, though, are straightforward. They’re exact copies of the original toy and boast similar quality, construction, coloring, and size. Sometimes they’re almost indistinguishable. They’re a perfect clone, more of a Boba Fett than a Bizarro Superman.

The ethics around these get kind of dicey. This is the case with the bootleg Transformers G1 Sunstreaker we’re looking at today. You can lambast me in the comments and give me flashbacks to my Instagram DMs, but I won’t be too bothered– I’ve spent enough money on Hasbro and Takara products by now that I’m sure I’ve put every middle manager in both company’s kids through college.

I picked this bootleg Sunstreaker up from AliExpress for several reasons:

So, let’s take a look at this Doppelganger Sunstreaker. Ending 2019 by looking at a morally-dubious copy of a beloved Autobot car robot seems like a fitting way to say goodbye to this Hell Decade.

END_OF_DOCUMENT_TOKEN_TO_BE_REPLACED

PSYCHE-OUT got his degree in psychology from Berkeley, where he listened to the Grateful Dead while plotting real estate development schemes. He went on to do “groundbreaking research” in the field of paranoia inducement with ultra low frequency radio wave transmissions and whatever leftover LSD his rich white roommate couldn’t sell to people at Hot Tuna concerts. Since joining the GI Joe team and the Sonic Fighters, he has fronted numerous classified Psy-Ops and disinformation campaigns against Cobra and those hippies who just won’t leave their rent-controlled apartments. He sees you, Woody and Janice. Time to make room for an artisanal mayo shop.

“What can you say about a guy whose doctoral thesis was entitled, ‘The Use of T-Shirt Slogans In Enemy Troop Demoralization?’ Probably, ‘This guy paid someone else to do his school work and that was the best they came up with.’ His job involves complicated thinking and multiple layers of deception: making the boys at the local precinct think he’s interested in serving this disenfranchised and the community as a whole, all the while torturing people with slowed-down recordings on Jefferson Airplane concerts– all in the name of “science” and “national security!”

END_OF_DOCUMENT_TOKEN_TO_BE_REPLACED 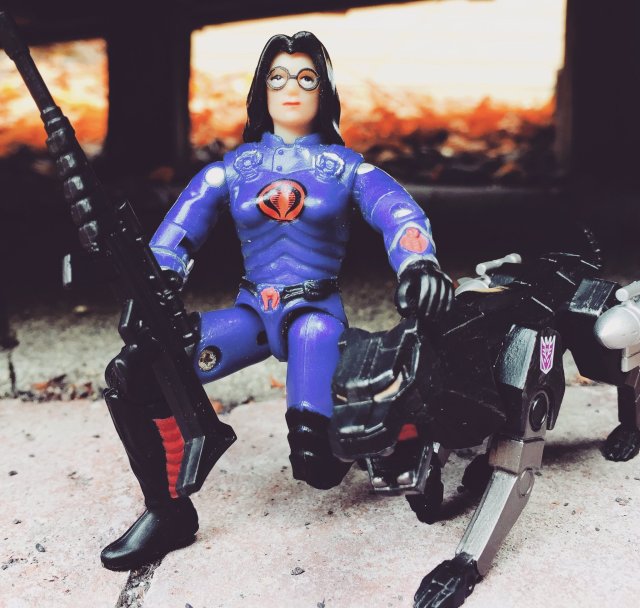 The spoiled offspring of wealthy European aristocrats, THE BARONESS is one of the few anti-government radicals to ever put her trust fund where mouth is. She graduated from student radicalism to international terrorism, and grew more and more ambitious with her plans to subvert international capitalism and the military industrial complex. Her parents still think she’s going through a phase. Despite her librarian glasses and privileged upbringing, The Baroness is a qualified fighter pilot, assassin, espionage operative, and intelligence analyst. If Cobra Commander ever dared to pay her 70% of what he pays Major Bludd or Zartan, he knows he’d wake up with one fewer kidney and his secret identity revealed on the front page of TMZ. Ruthless, cunning, smart, disciplined, and ambitious, Baroness put her college degrees to good use in service of COBRA.

From the Files of Cobra Commander: “Though my forces made extensive use of the scoped high-density laser rifle when we were suffering a budget crunch in the early 2000s, Baroness used that weapon before it was cool. Though it pains me to admit it, I often listen to her advice. After all, it’s either her or Destro– and who are you going to trust? The college graduate with glasses and a sophisticated-but-vague Eastern European accent, or a guy with an open collar and a disco medallion? And, unlike most of my command structure, Baroness does more with her spare time than snorting crushed up prescription cat valium, watching reruns of Home Improvement, and prank calling Storm Shadow. Though, to be honest, I wish she’d prank call Storm Shadow more often. She’s a master of silly voices! He’d never catch on!”

END_OF_DOCUMENT_TOKEN_TO_BE_REPLACED 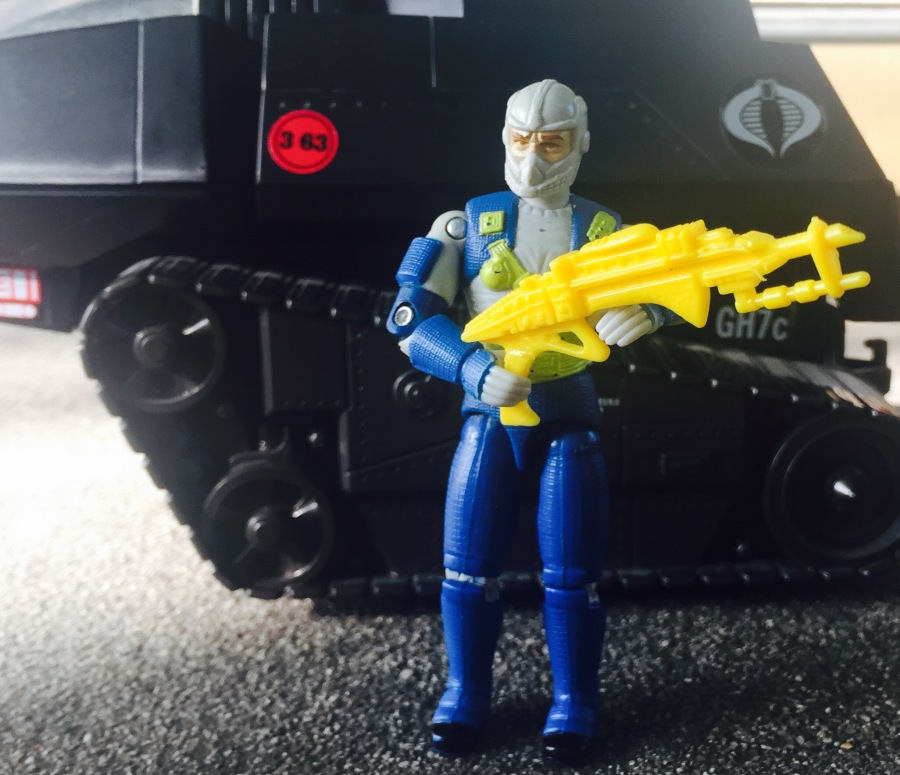 As head of Security for GI Joe, Law has acquired a reputation as a relentless narc in the barracks and a loudmouth nerd on the battlefield. He’s a slow-talking, uneducated, and lazy military cop, but he usually shows up to work on time. That makes him an ideal candidate for the Battle Corps team. When Battle Corps needed a new member to protect the innocent from Cobra, they tried to call Shockwave, but he was busy driving a Lamborghini around Miami and loading up on gas station hot dogs (the kind with the cheese in the middle). Law wasn’t the team’s second or third choice, but he’d know that if he ever bothered to read the paperwork– or if he bothered to read anything other than Bazooka Joe comics and the Jungle Strike instruction manual!

Law is the kind of soldier who walked a beat for days, and then complained about it until HQ gave him a patrol golf cart. Law’s main goal is to rid the world of criminals, but since he thinks everyone but him is a criminal, he’s going to lead a very lonely existence if he ever succeeds.

From the Files of General Hawk: “I never cared much for cops, and Law is no exception. I liked him much better when his dog, Order, was still around. No one knows for sure, but the rumor is Law lost Order in a custody battle with his ex-wife. Order’s probably better off, but the Joe team mourns the loss of one of its favorite members. Order would go fetch you an ice cold Yo Joe Cola right out of the fridge, and even shut the refrigerator door when he was done. What a good boy! Law, on the other hand? Eh. He’s Duke’s responsibility, as far as I’m concerned.”

From the Files of Duke: “God dammit, Hawk.”

END_OF_DOCUMENT_TOKEN_TO_BE_REPLACED 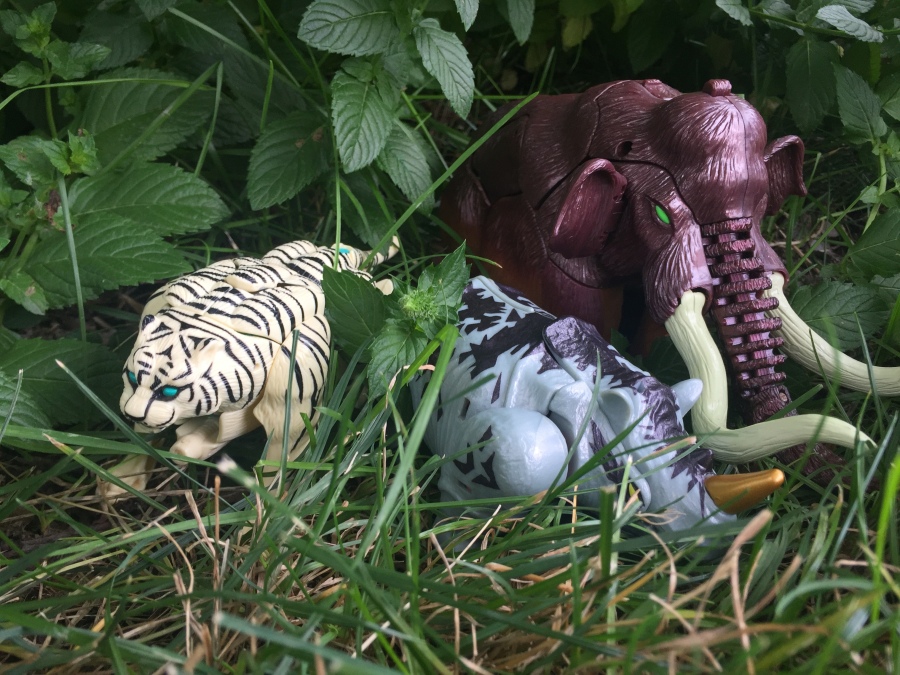 END_OF_DOCUMENT_TOKEN_TO_BE_REPLACED

Armada Tidal Wave! This is one of the most fun Transformers toys Hasbro has ever released. #transformers #transformersarmada
Oh look, another TTBP photo! Complete with candle wax I didn’t notice until after I put everything away. We’ll just blame it on Chuckles and Shipwreck’s freewheeling attitudes. #GIJoe #gijoecommunity #surveillanceport #gijoeunion #gijoenation #toygroup_alliance
I made a bunch of new content for y’all! Russian Funskool GI Joe and MOTU. Link in my bio! #GIJoe #MOTU #gijoecommunity #funskool
He’s actually a really nice guy once you get to know him. #lanard #lanardcorps #biowingbattlesquadron #GIJoe #thecorps #gijoecommunity
I like Chuckles. #GIJoe #gijoecommunity #surveillanceport #gijoeunion #gijoenation #toygroup_alliance
For my friend @whydoisay
POTF2 C-3P0 was my first ever Star Wars figure. My Mom was good enough to order me the rest of the first wave from Star Wars Insider, but they took forever to arrive— so she got me 3P0 and a Landspeeder to tide me over. This figure still holds up. #starwars #potf2 #poweroftheforce
Left to Right: Funskool (Russia), Funskool (India), Hasbro 1988 #GIJoe #funskool #gijoecommunity
From Left to Right - Funskool (Russia), Funskool (India), 1992 Hasbro, 1993 Hasbro #GIJoe #funskool #gijoecommunity #surveillanceport #cobrasunday
Justice League Unlimited had a breathtaking roster of characters, but Justice League put way more emphasis on fun toys. Take these two for example. #justiceleague #jlu #dcau #superman #lexluthor
Let’s celebrate Friday with a lazy photo of the most Realistic Military Doll of all time— an unstoppable ninja super commando with part of a medieval knight helmet stapled to his ski mask. #GIJoe #blackmajor #gijoecommunity #gijoeunion #surveillanceport #gijoenation #toygroup_alliance
BEHOLD: The remnants of my old MOTU collection. #motu