(Editor’s Note: Today’s review comes from my friend Tyler Martin aka Baltimore Bivouac. He was one of the first people I followed on social media when I started this project 4 years ago– and he was one of the first people to offer to help me out with a guest review. Tyler is one of the few people I know who’s just enthusiastic about 90s toys, as a concept. On his Instagram account, he showcases everything from Kenner DC figures, to Exosquad, to GI Joe, to Toy Biz Marvel, to Lego Ice Planet. And we both love Super Sonic Fighters Psyche-Out. What I’m saying is he has great taste! Today’s review is also a first for The Dragon Fortress– a GI Joe Extreme figure!)

Review and Photos by Tyler Martin

I am a GIJOE Collector that grew up in the 90s. Many of my favorite Joes were neon, Mega Marines Clutch and the recently reviewed Battle Corps Long Arm were regulars (if not the leaders) of my missions. Back then my Joes operated mainly as some sort of undercover organization rather than members of a rank-and-file military team and I was crushed as a 9-year-old when Battle Corps and 3.75 Joes disappeared in ’95.

In their place, kids like me were presented with ‘GI JOE Extreme’ to fill the void.

This blog entry is about Ballistic v2, one of the few figures from that line that is worth having, but we’ll get to him in a minute.

END_OF_DOCUMENT_TOKEN_TO_BE_REPLACED

I love music even more than I love toys. I’ve been playing in various punk, noise, and indie rock bands since I was 14 years old. Punk rock may not interest some of you, but I’m willing to take that chance. Everyone likes music, after all– even toy collectors. If nothing else, this article will please exactly one of my friends (RTG from Attica Gazette).

The next review I have planned is a big one and photography is taking a bit longer than normal, so I’m doing something a bit different in the meantime. You might also see a smaller review between now and then as well, but no promises.

Today we’re going to look at a CD I randomly bought in Idaho Falls, ID when I was 16 years old. It was a CD I bought purely because it was in the “punk” section and because of the band’s name.

Prepare yourself for Boba Fett Youth.

END_OF_DOCUMENT_TOKEN_TO_BE_REPLACED

Today we’re trying something a bit different. I have a full length review gestating, but it needs just a little bit of work. So, while you wait, here’s a quick review.

I love Kenner, Hasbro, and Mattel’s old DCAU based toys– but there’s only so much you can say about each individual figure. My first Batman: The Animated Series figure review was a retrospective on the toy line as a whole and how it compared to other toy lines of the 1990s. We don’t need to cover that ground twice so, in this review, we’ll just be taking a quick look at one BTAS figure.

It’s pretty simple– just a 5POA Kenner figure and two accessories. So I doubt even I can get too long winded about it. Let me know if you like this kind of stuff, as I wouldn’t mind throwing down quick reviews for basically every DCAU-based figure I own. There’s a shocking lack of content concerning most of these toys on the web.

This time, we’ll be looking at Kenner’s Sea Claw Batman, released in the Crime Squad sub-line in 1995.

END_OF_DOCUMENT_TOKEN_TO_BE_REPLACED 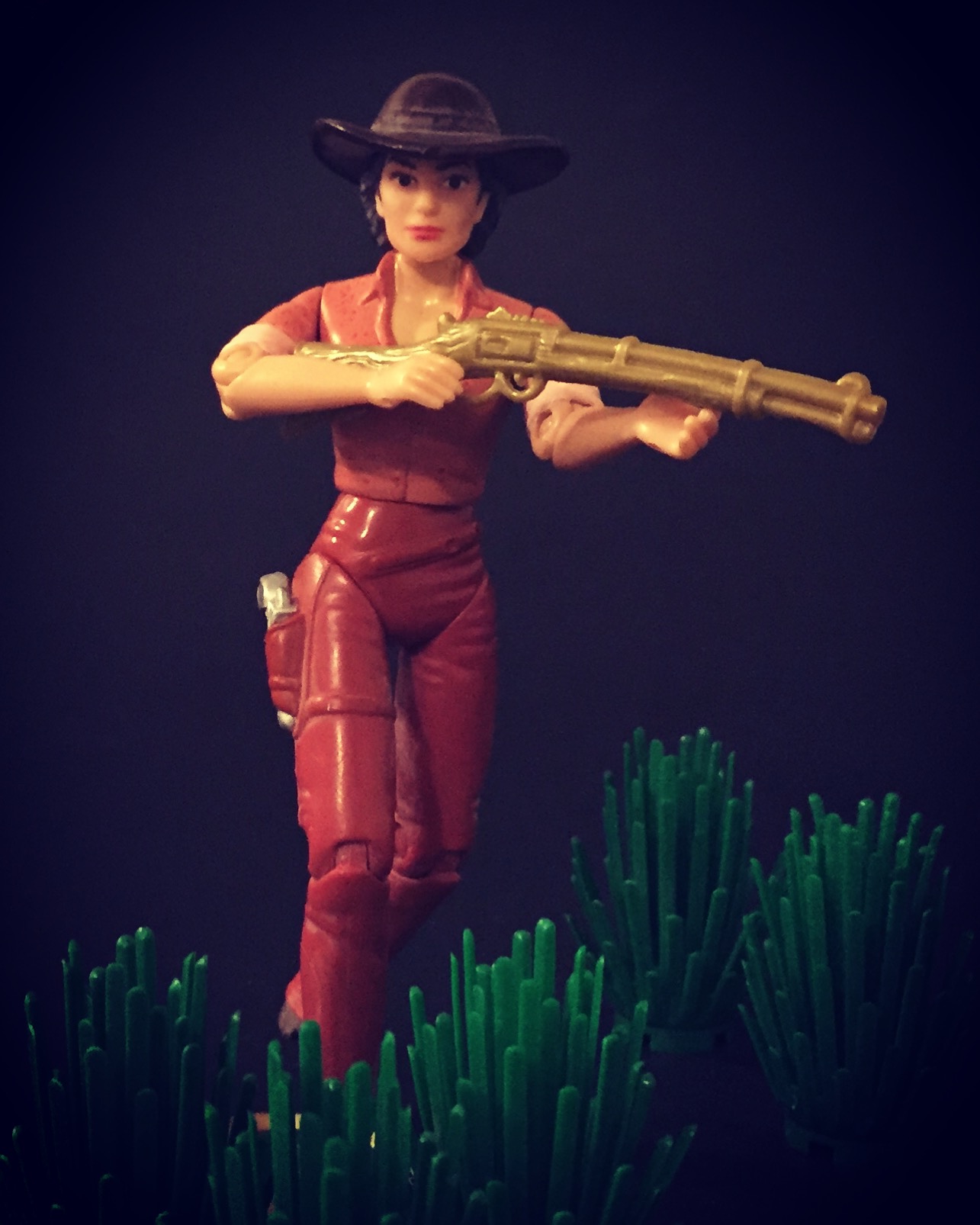 END_OF_DOCUMENT_TOKEN_TO_BE_REPLACED

For this review of the 1995 Star Trek Innerspace Shuttlecraft Goddard, I’m writing a smaller review than usual. I’ll say I’m keeping at a micro level in honor of this tiny vehicle/playset and its diminutive inhabitants, but it could also be because there’s only so much to say about two semi-articulated figures and their dwarf hamster-sized vehicle.

I’ll leave it up to you to decide whether I’m paying tribute or being a lazy slob, dear readers.

Anyway, no smartass filecard or tech spec mimicry this time! If you want to read about the Shuttlecraft Goiddard, here’s a link to its entry at Memory Alpha.

END_OF_DOCUMENT_TOKEN_TO_BE_REPLACED 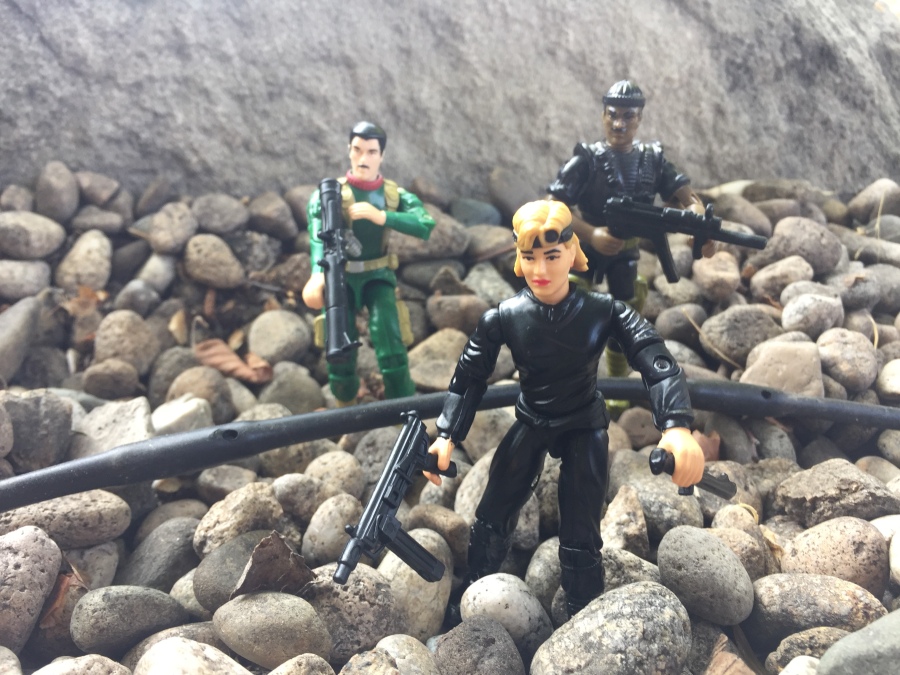 SONYA BLADE is a member of the US Special Forces and, unlike her co worker Johnny Cage, she NEVER GIVES INTO HER EMOTIONS. She is logical and stoic to a fault, and always considers all sides of an argument. She waits for all evidence before jumping to conclusions, and never lets feminine things like “feelings,” “good judgment,” or “intuition” cloud her reasoning, which makes her popular on web forums dedicated to gaming and atheism– that is, until her fellow forum members find out she’s a woman! Then, not even her extreme discipline, legendary toughness, extensive military training, sheer fighting prowess, and considerable intelligence can put her back into their good graces. When she’s playing Quake online, Sonya never turns on voice chat, but she always wins.

Sonya accidentally entered the Mortal Kombat tournament when she chased the renegade men’s cybernetics model KANO onto a boat bound for Abu Dhabi. The boat ended up on Shang Tsung’s Fantasy Island, and she ended up fighting candy colored ninjas, a four armed guy with a manbun, and a lightning god wearing a potentially culturally insensitive hat. Now, she’s tangentially related to GI JOE!

From the Files of Shang Tsung, Mortal Kombat CEO: “All I really know about this Sonya Blade woman is that she’s a total narc. I was once minding my own business in the Earth Realm, driving my Pontiac Grand Am to an arms deal at an abandoned warehouse. She pulled me out of the car and confiscated a baggie of green leaves from my glove compartment. It was just sleepytime tea! You try getting to sleep with so many stolen souls swimming around in your body. It ain’t easy! Anyway, I skipped town for Outworld before my court date.”