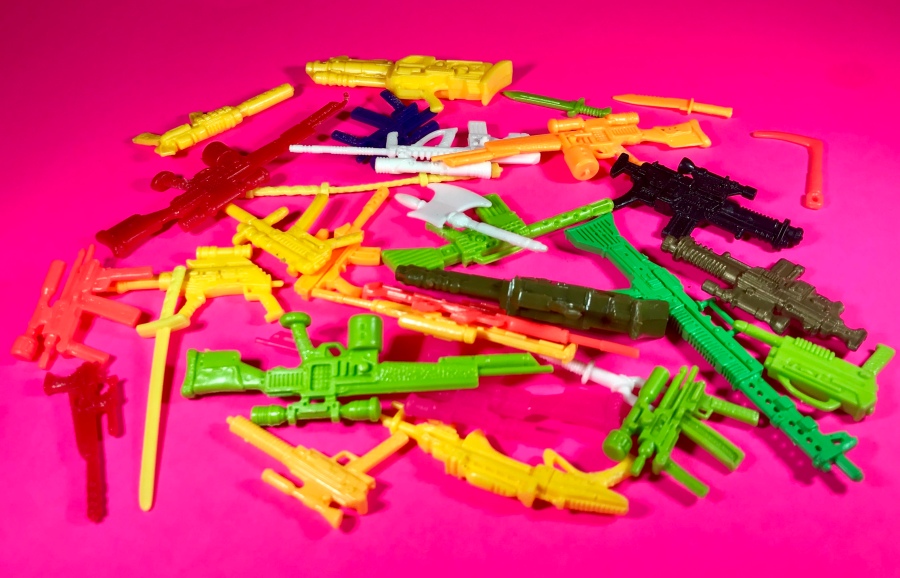 Thank you for attending my TED Talk.

In 1993 and 1994, many GI Joe figures came with “weapons trees,” which were multiple, reused weapons from earlier figures attached to a plastic sprue. They were all molded in one color, and very often made no sense for the character they were packed with. This often meant your brand new figure would be brandishing Rock Viper’s oversized sniper rifle in dark purple or neon green– hardly the “realistic” weaponry GI Joe fans of the 1980s (and early 90s!) expected to come with their military action figures.

But I’m here to tell you that these weapons trees were just as much of a blessing as they were a curse. Even if you’re currently balling up your fists and loading up photos of 1985 Snake Eyes to remind yourself of the “Good Ol’ Days” right now because the very thought that weapons trees might be somehow positive makes your brain vomit a little bit, just bear with me.

Because, once upon a time, I hated them, too. That’s right– as an unabashed fan of 1990s GI Joe, even I wasn’t always on board with weapons trees. As I became an adult and began collecting ARAH-style Joes again, though, I realized how much I actually used those weapons as a kid, and how valuable they really were to me.

END_OF_DOCUMENT_TOKEN_TO_BE_REPLACED

Dossier: Rita Torres is second to J.T. Marsh in the chain of command for Able Squad. As Field Sergeant, Torres is often first to engage Neosapien fire. On the ground or in the air, Torres is one tough leader. She follows the ExoFleet handbook to the letter, which often puts her at odds with the unorthodox procedures of Wolf Bronski.

With her Field Sergeant E-Frame at her command, Torres is never one to retreat from heavy ordinance Neobashing. She is able-bodied, level-headed, and objective-oriented — a perfect soldier of combat.

END_OF_DOCUMENT_TOKEN_TO_BE_REPLACED 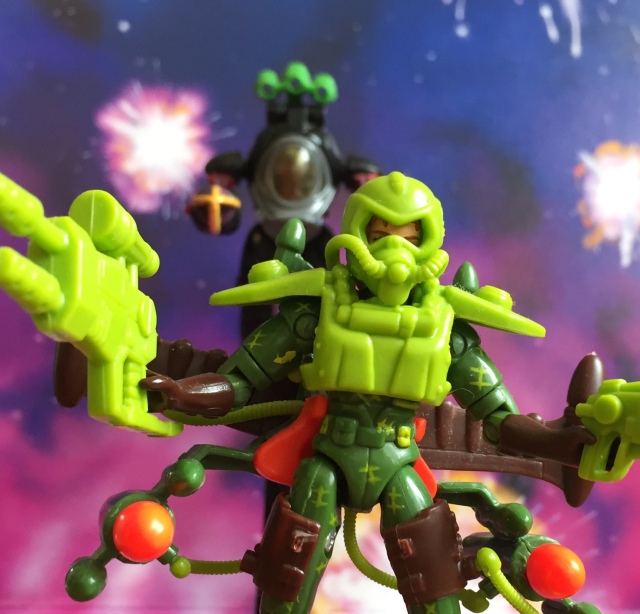 Dossier: Colleen O’Reilly is the communications and ExoTech specilist for JumpTroop: Charlie-Five Squadron. She’s gutsy and outgoing. O’Reilly has a photographic memory and can hotwire just about any electronic device in the HomeWorlds. As one of only three ranking officers in Charlie-Five, O’Reilly interfaces with Able Squad and has developed a special camaraderie with J.T. Marsh. Under cover of her Venusian Defense Cammo, O’Reilly can touch down in her UltraLight Rapid Recon E-Frame, blast her way into Neosapien strongholds, electronically sabotage Neo security and be out in time to join primary ExoForces in battle.

END_OF_DOCUMENT_TOKEN_TO_BE_REPLACED

There was an error retrieving images from Instagram. An attempt will be remade in a few minutes.