Today we’re looking at another vehicle. I’ve wanted to write about the 1993 GI Joe Ice Snake for quite a while, since it was an important childhood vehicle for me. It’s also a really nice piece, especially for a late-line vehicle. The design is good, the colors are appropriate, the features are fun, and it’s a really nice addition to the Cobra snow fleet. I think most GI Joe fans would be pretty on board with this one.

We’ll take a look at the vehicle from every possible angle, see how it works with various figures, and go over all of its features and gimmicks.

This particular Ice Snake was given to me by my friend Barry. I’m still very grateful he sent it my way, as I find it’s one of my most-used Cobra vehicles. I love taking photos of it, posing different figures on and around it, and even playing with it. Thanks, Barry!

Let’s start with the basics and a couple little photo galleries.

END_OF_DOCUMENT_TOKEN_TO_BE_REPLACED 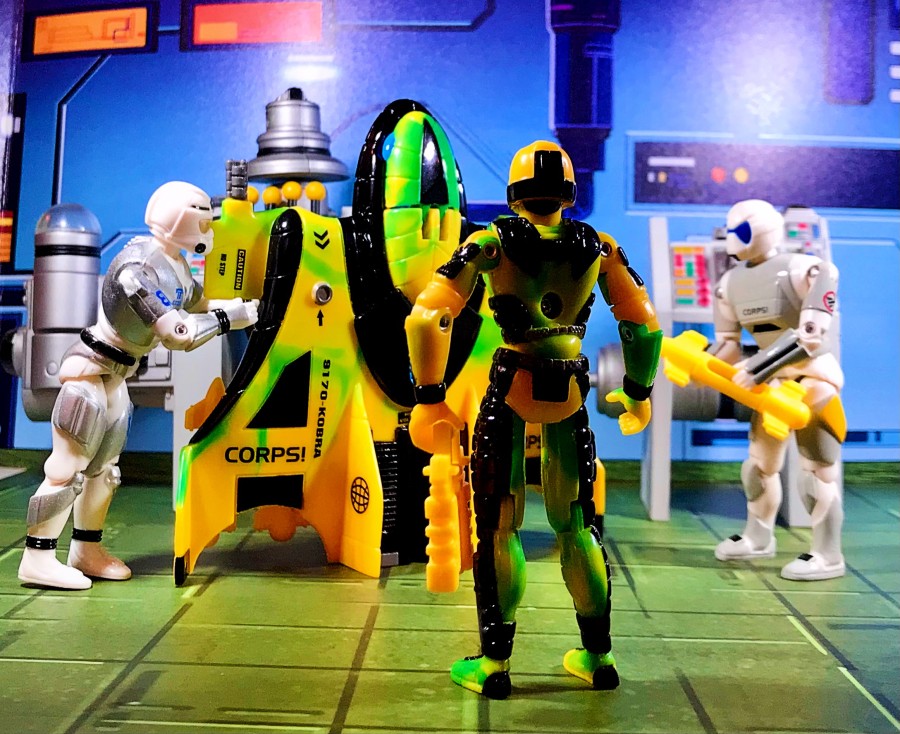 Today we’re going to keep it simple and look at a fun, brightly colored toy. I’ll go over all of the basics about the figure and its accessories and provide plenty of photos. We’ll do it in that same gallery/quick review style I use for most small GI Joe vehicles.

So while you’ll probably learn everything you want to know about the toy, this won’t be a full review. I just don’t have it in me right now. But we can still have fun anyway.

Let’s take a look at the 1998 The Corps! Bio-Wing Battle Squadron Kash Kobra. He’s green and yellow and fun all over.

END_OF_DOCUMENT_TOKEN_TO_BE_REPLACED 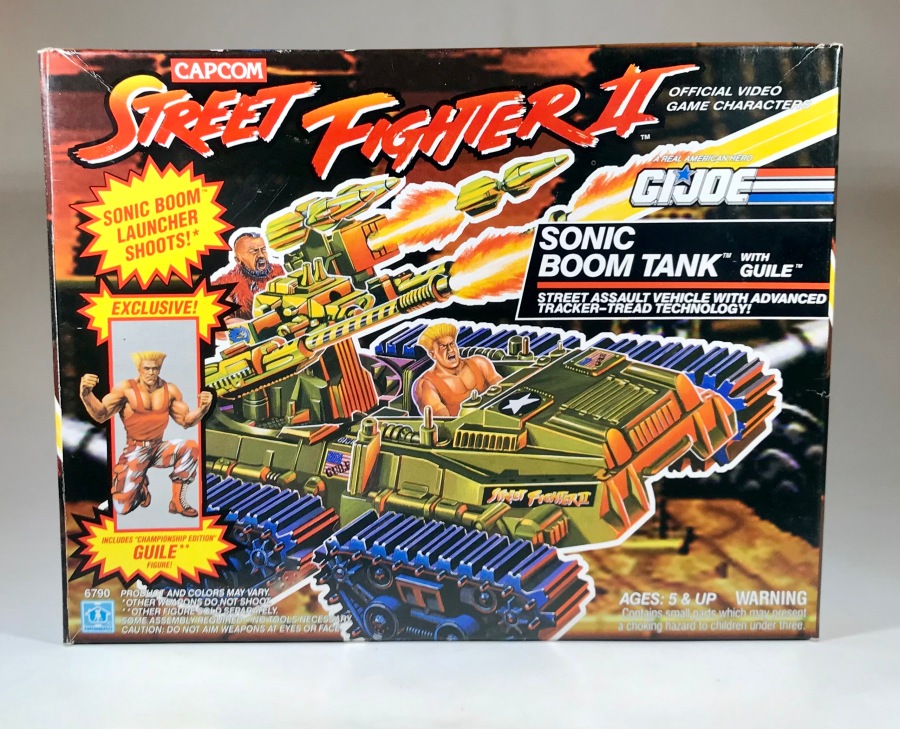 Hi there. Today we’re doing another gallery post, but I’ll also provide some thoughts on the toy. We’re doing “childhood favorites” this month, which is mostly a thing I’m reserving for my main reviews on Thursdays. But we’ll make an exception for today’s Tuesday post.

The Sonic Boom Tank, released in 1993 as part of GI Joe’s Street Fighter 2 sub-line, definitely counts as a childhood favorite. I didn’t own a ton of GI Joe vehicles as a kid. I did have some bigger pieces like the Crusader and Fort America, but only had a few small or medium sized vehicles. I got the Sonic Boom Tank in 1993 during a bout of chicken pox, and it became one of my most-used vehicles after that. It was really the most “traditional military” vehicle I had for GI Joe, so it kind of became the go-to vehicle for every mission.

Before the SBT, I basically just had the Attack Cruiser, which I didn’t love even as a kid. The Crusader was obviously an amazing piece, but it wasn’t practical for ground missions. And, even though it saw a good amount of use, I couldn’t really wrap my head around Fort America as a kid. I was used to Transformers, which had convincing secondary/disguise modes, so a weird tank transforming into a nebulous Pile of Brown was a bit odd to me. That left the Sonic Boom Tank and, a little later on, the Mudbuster as my primary Joe vehicles for the last few years of the ARAH line.

Let’s dive in and look at some pretty pictures.

END_OF_DOCUMENT_TOKEN_TO_BE_REPLACED

In my never ending quest to only publish nice and easy posts on Tuesdays, I remember I had this weird Taiwanese Action Master Jazz KO sitting around. I’d never even opened it before yesterday. Since it’s a garish nightmare and a bootleg of a toy that came out in 1990, I figured it would be perfect for our purposes. And I was right!

This won’t be a full on review, but the combination of photos and brilliant prose should be enough to satisfy your needs.

This is another “gallery style” post, as I feel the images do a lot of the talking for this one. Anyway, put on some bootleg Ray Bans or whatever because this Transformers knockoff is BRIGHT.

END_OF_DOCUMENT_TOKEN_TO_BE_REPLACED

Hello there. Today I’ve prepared something small for you. It’s mostly a photo gallery, but I’ll also be sharing some brief thoughts on the toy with you.

The toy in question is the 1991 GI Joe Septic Tank, part of the Eco Warriors sub line. It’s not a toy I owned as a kid (though I did own the Eco Striker), but it is a toy I have an affinity for. It’s certainly not a popular toy– it’s probably one of the most hated items in the vintage ARAH GI Joe run. Most hated by people I generally don’t care to associate with, anyway.

END_OF_DOCUMENT_TOKEN_TO_BE_REPLACED

(Editor’s Note: I have another special treat for you today, courtesy of SurveillancePort.com proprietor CIAD aka Erick. He took these photos and was kind enough to loan them to me. I hope you enjoy some nice, clean photos of a dazzling little speedboat.)

Tiger Force Friday is always a big thing in the GI Joe Social media world. Just check out the hashtag on Instagram. I don’t usually participate, both because I am a loner and a rebel, but also because I’m never prepared and always forget about it.

Today, I’m a joiner and a conformist. But in a good way!

Thanks to Erick from Surveillance Port, here’s a fantastic photo gallery of the 1989 GI Joe Tiger Fish complete with every angle you could ever want.