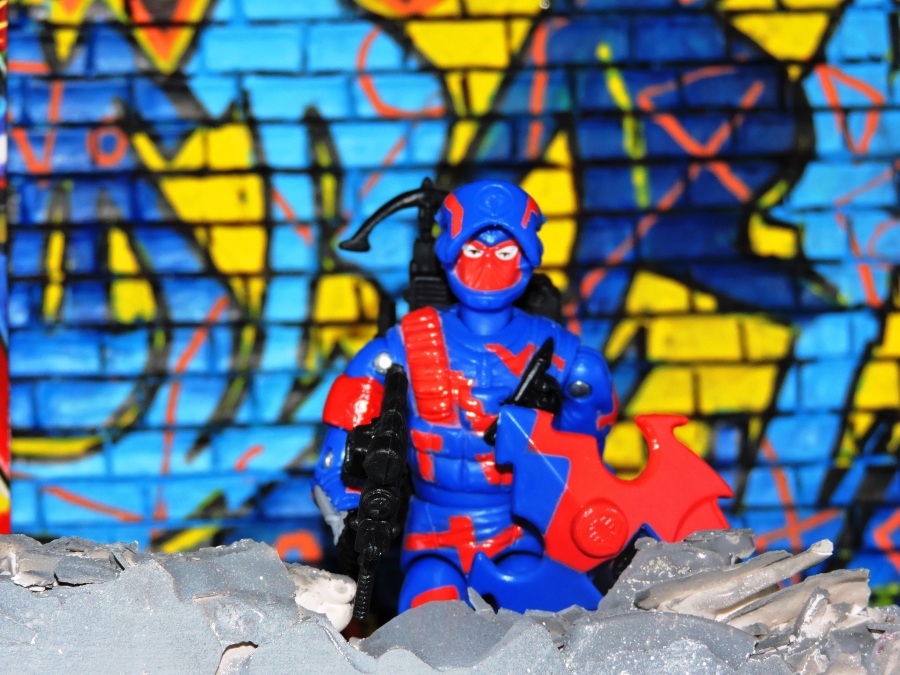 (Editor’s Note: The photos for today’s post come courtesy of CIAD, aka Erick, the owner and operator of SurveillancePort.com. Erick is a great writer and photographer, but he’s more than that. He’s a pillar of the online GI Joe community. He’s one of the kindest and most supportive people in the fandom, and he’s always reporting on the latest news, giving signal boosts to cool projects, and spotlighting deserving content creators. You can find Erick at his website, on Twitter, on Instagram, and on Facebook. Thanks, Erick!)

Since we’re on an Alley Viper kick, I thought we’d take a look at another one. I acquired my first original Hasbro 1989 Alley Viper in 2019 at JoeFest in Augusta, GA. In September of that same year, I grabbed another one at a toy shop in Salt Lake City, Utah.

But those Alley Vipers weren’t my first experience with the 1989 mold. Sometime in late 2017 or early 2018, I acquired some factory custom Alley Vipers made by The Black Major. My first TBM AVs were the versions that homage the 1997 Rage box art/prototype Alley Viper– blue and black.

There was another version I was interested in, though. Online photos made it look like an ‘inverted colors’ version of the 89 Alley Viper, using blue as its primary color and orange as its accent color.

Those figures are the subject of today’s post– The Black Major Urban Assault Trooper, which started its life as a convention exclusive.